What is God? The doctrine of divine simplicity 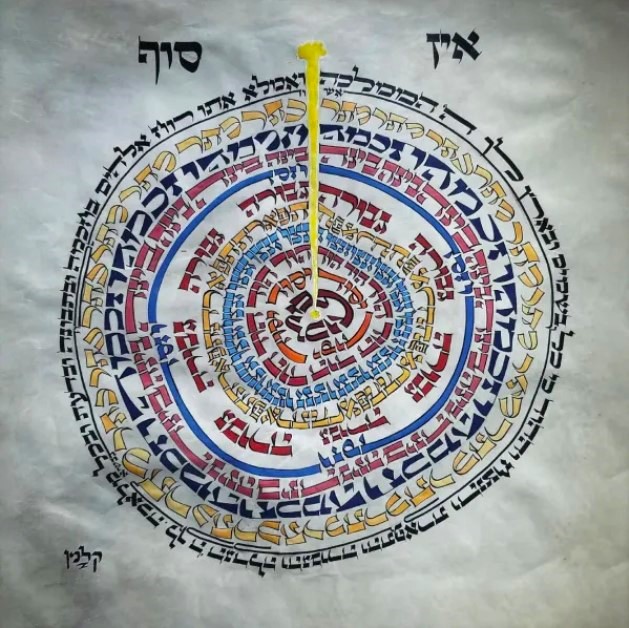 Judaism affirms monotheism, the belief in one and only one deity. But what precisely is God?

God was not remote, nor simply a commanding force that expects obedience. Rather, God responds to human beings “in an intimate and subjective manner,” experiencing “joy or sorrow, pleasure or wrath.” Humanity and God do not inhabit detached realms, because God “has a stake in the human situation. . . . Man is not only an image of God; he is a perpetual concern of God.”

Yet other parts of our scripture paint a different image of God, one more remote, and not subject to our comprehension. Consider the inscrutable images of God in Job, Ecclesiastes, and Isaiah 55.

Starting in the classical rabbinic era many Jews fused some ideas from Greek philosophy with Biblical ideas, leading to the doctrine of divine simplicity – the idea that God is a radically simple entity. Even for those who disagree with this doctrine its important to understand how predominant it is. Edward Fesler writes

This is a doctrine having its philosophical roots in Plato and Aristotle and defended by pagan, Jewish, Christian, and Muslim thinkers as diverse as Philo of Alexandria, Irenaeus, Clement of Alexandria, Athanasius, Plotinus, Augustine, Boethius, Anselm, Maimonides, Avicenna, Averroes, Aquinas, and Scotus… the point of all this name-dropping is to emphasize how absolutely central the doctrine of divine simplicity is to the mainstream Western tradition in philosophical theology.

What does the doctrine of divine simplicity say?

To be sure, this doctrine has been understood in different ways. Ideas common to most understandings of it are –

This doctrine is taken for granted by most of Judaism’s rationalist philosophers, e.g. Saadya Gaon, Gersonides, Maimonides, Crescas. Divine Simplicity is at the core of the idea of Ein Sof in most understandings of Kabbalah. However, some theologians, especially in the last century, do not feel that this doctrine paints an accurate or adequate portrayal of the God of the Hebrew Bible (e.g. Abraham Joshua Heschel, Jonathan Sacks, Michael Wyschogrod, Bradley Shavit Artson.

• An unchanging entity is not a mind, and has no ethics or morals

• Creation requires a change and actualizing a potential

• Alvin Plantinga pointed out a simple entity would have a single property. However this “seems flatly incompatible with the obvious fact that God has several properties; he has power and mercifulness, say, neither of which is identical with the other”

• Nothing is simply their abstract properties. Alvin Plantinga argued that God cannot simply be his abstract properties and still be non-abstract – “No property could have created the world; no property could be omniscient, or, indeed, know anything at all. If God is a property, then he isn’t a person but a mere abstract object; he has no knowledge, awareness, power, love or life.”

* William Lane Craig, a Protestant theologian, argues – Existence is part of God’s nature. But existence is not the same property as, say, omnipotence, for plenty of things have existence but not omnipotence. It remains very obscure, therefore, how God’s nature or essence can be simple and all His properties identical.

Why have many Jews insisted on divine simplicity?

This position may be a response to the Christian belief that God does have structure – Christians believe that there are three separate divine persons: God the Father, God the Son, and God The Holy Spirit. They hold that each of these divine persons shares – in some unknowable way – the same substance, so they can be said to count as one deity.

The Christian idea of three divine persons is not a metaphor – they teach that God simultaneously exists as God the Father and God the Spirit, while for a period of a few decades, God also incarnated as a male human, Jesus. Jesus was a person whom other people could talk, eat, and shake hands with, etc. There is nothing metaphorical about that.

Using logic, Jews say that the Christian claims are contradictions – God can be one or three but certainly not both. So it is logical to believe that Judaism’s later emphasis on divine simplicity might be a response to the Christian belief that God has persons or separate elements.

Many modern adherents of Kabbalah view Kabbalah through the lens of Orthodox Judaism. They thus hold the doctrine of divine simplicity (DDS), and also accept kabbalistic teachings. The assumption is that there is no contradiction. But the Zohar and earlier mystical works don’t explicitly teach DDS, its not clear that this doctrine even accurately portrays the God of Jewish mysticism.

Kabbalah holds that there is only one divine person, God, which exists as an unknowable form, Ein Sof. But Ein Sof generates structures, sefirot, that lead to the development of spiritual levels of reality that ultimately culminate in our world. Sefirot are connection between Ein Sof and the aspects of God’s self that are “in exile” – us. (In Kabbalah, all people, all life, have a soul that connects to God. We are, in some real sense, a part of God.)

Ein Sof is the source of all structures and generates structures to serve as media for connection with aspects of Himself that are “in exile” (experience themselves as ‘other’ than Him). But the capacity for generating diversity is all paradoxically included within His oneness.

When we teach that some aspects of God (the Endless One) are in exile, it is usually in reference to us. Existence, in all its parts, is all expression of God’s self.

We, however, represent a unique form of that expression – we are fragments of God’s consciousness, aspects of His self-awareness. However, while Hashem’s self-awareness is total, ours is only partial, a fragment. We are each constantly in search for the rest of our self. As we connect with each other, we discover parts of ourselves in others, becoming increasingly whole over time.

So, these fragments of consciousness that we each are, are usually referred to “God in exile” because these fragments feel cutoff, isolated, alone, as we have forgotten the rest of ourselves, and experience ourselves as isolated beings.

This description of God is also strikingly similar to that found in process theology, which explicitly rejects the idea of divine simplicity.