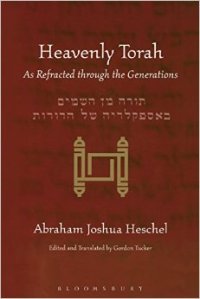 This classic work by Rabbi Abraham Joshua Heschel was originally only available in three Hebrew volumes (1962, 1965, Soncino Press, and a post-humous 1992 JTS Press volume.) It is an original and well researched study of classical rabbinic theology, exploring the views of the rabbis in the Mishnah and Talmud about the nature of Torah, the revelation of God to mankind, prophecy, and the ways that Jews have used scriptural exegesis to expand and understand these core Jewish texts. Heschel sees the ideas of second century sages Rabbis Akiva and Ishmael as paradigms for the two dominant worldviews in Jewish theology.

According to professor Or N. Rose, “Akiva is characterized as an esoteric thinker, who believes that every marking in the text of the Torah…is fraught with meaning. Through his imaginative and poetic readings of the Bible, Akiva develops a theology of immanence, believing that God is actively involved in creation and that He longs to be in relationship with human beings, identifying so closely with them that He actually participates in their joy and sorrow (God in Search of Man is the title of Heschel’s major work of constructive theology). In contrast, Ishmael is depicted as a more austere rational thinker, who believes that the Torah was written in the “language of human beings,” and that one need not engage in fanciful exegetical play to understand its teachings. Theologically, Ishmael speaks of a God of transcendence: a divine being who reigns from above and who requires nothing of His creations. For Ishmael, the notion that God is affected by human action violates his understanding of divine perfection. In his view, Torah is a heavenly gift given to humanity so that they might learn something of God’s mysterious ways.”

Prof. Rose also writes that “Not only is this English version a lucid and thoughtful reworking of the original text, but Tucker and Levin even manage to introduce into their translation a measure of the poeticism readers have come to expect of Heschel. The various introductions, notes, and other scholarly apparatus are also very helpful in unpacking and contextualizing Heschel’s arguments and the many rabbinic sources that serve as the basis for his presentation.” 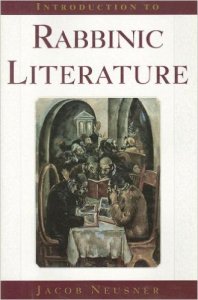 A summary of Neusner’s 40 years of translation and research on the entire body of classical rabbinic literature. For each of the works presented, he discusses the text’s origin, available English translations, the purpose of the work, a summary of it, and a discussion of its form and methodology. He then presents generous samples of translations, and guides the reader through them. It covers the Mishnah, Tosefta, the Talmud of the Israel, the Talmud of Babylon, and the midrash compilations from this era (1-700 CE), including the many Tannaitic and various midrash rabbah collections. Note that some of his translations and interpretations are controversial.