Can we always take literally what Maimondies writes? This is an imporant question, because Orthodox Judaism demands that we take all of Maimonides’s statements at face value, and that all Jews are obligated to accept Maimonides’s 13 Principles of Faith. For them, anyone who believes otherwise is literally a heretic, and is cutting themselves off from the Jewish people.

Yet we also know for a fact that Maimonides himself openly stated that we must not always take him literally; in the opening of his Guide for the Perplexed he warns the reader that he is hiding many of his own true views. 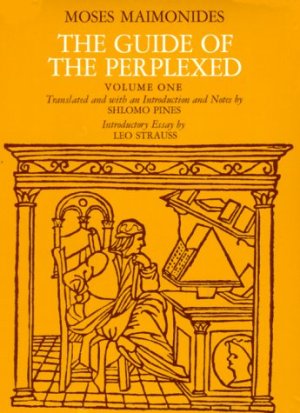 Maimonides also writes statements in his 13 Principles that we know he didn’t believe, such as his claim the Torah we have today has not changed, not even one word, from the time of Moses. Yet Maimonides obviously knew that this statement was false; he himself was aware of the work of Masoretes, Jewish text scholars in the centuries before him, he compared the text of the Torah amongst all Torah scrolls that they could find, and compared Torah texts to quotes from the Torah in the Talmud. Their findings, which were always open to the public, were that many such changes in the Torah’s text existed – individual letters, entire words, and sometimes sentences.

The Masoretes,  בעלי המסורה, ba’alei ha’masorah, labored for over 200 years to compare all these slightly varying versions, in order to finally produce a ‘standard’ Torah text, the first time that one ever existed in the history of Judaism.

The work of the Masoretes

Given that all educated Jews, including Maimonides, knew of this, there is no way that his principle of faith about the Torah could be interpreted as literally true, despite what ArtScroll and Haredi Jews claim.

So how could Maimonides have written his eighth principle of faith?

Professor Marc Shapiro writes that “It is possible to answer this by comparing the ‘Commentary on the Mishnah’ (where the principles appear) to the ‘Guide of the Perplexed’. In the Guide, Maimonides adopts the ‘daring method of admitting right off to mis-spoken utterances and to half-truths….His endorsement of these views is necessary for obvious political reasons, reasons which he obviously cannot divulge.’ One may point to the same tendency with his principles. However, here we do not simply find Maimonides putting forth ‘mis-spoken utterances’ but rather stating them as dogma….In the Guide III:28 Maimonides discusses the differences between what he terms ‘true beliefs and ‘necessary beliefs’.

‘True beliefs’ are those which teach – in a literal fashion – some truth about God…their purpose is to enable one to attain intellectual perfection. ‘Necessary beliefs’ – the basis of which is tradition and not philosophy, are expressed in figurative form and fulfill a political function in that, by instilling obedience to the Torah, they regulate the social relations of human beings. In addition, they enable people to acquire noble qualities. For example, Scripture teaches that God is angry with those who disobey Him. Although in truth God does not have the characteristic of anger, Scripture found it advantageous to use this term for the effect that it would have. It is ‘necessary’ for the masses to believe God is angry if they disobey Him in order for them to keep their behavior in line.” [Shapiro, p.205 206]

“Why Maimonides believed it important to insert these ‘necessary beliefs’ into the eighth principle is clear. During his time, Muslims were strongly challenging the Jews, claiming that they had changed the text of the Torah. This accusation began with Muhammed who, as quoted in the Koran, had charged the rabbis of falsifying and tampering with the original Torah…..This charge was carried forward by later Islamic scholars…. With such an assault, it is obvious why Maimonides felt it was important for the masses to believe that their text was the exact equivalent of Moses’ text. The masses could not be expected to understand the problems relating to the biblical text. Exposing them to some of this knowledge could have undermined their unquestioned faith, especially in the face of Islamic polemics.” [Shapiro, p.206, 207]

Maimonides – The Guide for the Perplexed

It is necessary to bear in mind that Scripture only teaches the chief points of those true principles which lead to the true perfection of man, and only demands in general terms faith in them. Thus Scripture teaches the Existence, the Unity, the Omniscience, the Omnipotence, the Win, and the Eternity of God. All this is given in the form of final results, but they cannot be understood fully and accurately except after the acquisition of many kinds of knowledge. Scripture further demands belief in certain truths, the belief in which is indispensable in regulating our social relations: such is the belief that God is angry with those who disobey Him, for it leads us to the fear and dread of disobedience [to the will of God]. There are other truths in reference to the whole of the Universe which form the substance of the various and many kinds of speculative sciences, and afford the means of verifying the above-mentioned principles as their final result. But Scripture does not so distinctly prescribe the belief in them as it does in the first case; it is implied in the commandment,” to love the Lord” (Deut. xi. 13). It may be inferred from the words,” And thou shalt love the Lord thy God with all thy heart, and with all thy soul, and with all thy might” (ibid. vi. 5), what stress is laid on this commandment to love God. We have already shown in the Mishneh-torah (res. ha-torah ii. 2) that this love is only possible when we comprehend the real nature of things, and understand the divine wisdom displayed therein. We have likewise mentioned there what our Sages remark on this subject.

The result of all these preliminary remarks is this : The reason of a commandment, whether positive or negative, is clear, and its usefulness evident, if it directly tends to remove injustice, or to teach good conduct that furthers the well-being of society, or to impart a truth which ought to be believed either on its own merit or as being indispensable for facilitating the removal of injustice or the teaching of good morals. There is no occasion to ask for the object of such commandments: for no one can, e.g., be in doubt as to the reason why we have been commanded to believe that God is one: why we are forbidden to murder, to steal, and to take vengeance, or to retaliate, or why we are commanded to love one another. But there are precepts concerning which people are in doubt, and of divided opinions, some believing that they are mere commands, and serve no purpose whatever, whilst others believe that they serve a certain purpose, which, however, is unknown to man. Such are those precepts which in their literal meaning do not seem to further any of the three above-named results : to impart some truth, to teach some moral, or to remove injustice. They do not seem to have any influence upon the well-being of the soul by imparting any truth, or upon the well-being of the body by suggesting such ways and rules as are useful in the government of a state, or in the management of a household. Such are the prohibitions of wearing garments containing wool and linen; of sowing divers seeds, or of boiling meat and milk together; the commandment of covering the blood [of slaughtered beasts and birds], the ceremony of breaking the neck of a calf [in case of a person being found slain, and the murderer being unknown]; the law concerning the first-born of an ass, and the like. I am prepared to tell you my explanation of all these commandments, and to assign for them a true reason supported by proof, with the exception of some minor rules, and of a few commandments, as I have mentioned above. I will show that all these and similar laws must have some bearing upon one of the following three things, viz., the regulation of our opinions, or the improvement of our social relations, which implies two things, the removal of injustice, and the teaching of good morals. Consider what we said of the opinions [implied in the laws]; in some cases the law contains a truth which is itself the only object of that law, as e.g., the truth of the Unity, Eternity, and Incorporeality of God; in other cases, that truth is only the means of securing the removal of injustice, or the acquisition of good morals; such is the belief that God is angry with those who oppress their fellow-men, as it is said,” Mine anger will be kindled, and I will slay,” etc. (Exod. xxii. 23); or the belief that God hears the crying of the oppressed and vexed, to deliver them out of the hands of the oppressor and tyrant, as it is written,” And it shall come to pass, when he will cry unto me, that I will hear, for I am gracious (Exod. xxii. 25).