What is the Shulchan Aruch – why is it important – and why is its importance often exaggerated?

The Shulchan Aruch (Hebrew: שֻׁלְחָן עָרוּך‎ literally: “Set Table”) is an important and widely consulted code of Jewish law. It was authored in Safed, Israel, by Yosef Karo in 1563 and published in Venice two years later. Together with its many commentaries, it is the most widely accepted compilation of Jewish law. Rabbi Karo’s original text generally follows Sephardic law and customs. As such, Ashkenazi Jews generally follow the commentary to it by Moses Isserles whose glosses to the Shulchan Aruch note where the Sephardic and Ashkenazic customs differ. These glosses are widely referred to as the mappah (literally: the “tablecloth”) to the Shulchan Aruch’s “Set Table”. Almost all published editions of the Shulchan Aruch include this gloss, and the term “Shulchan Aruch” has come to denote both Karo’s work as well as Isserlis’, with Karo usually referred to as “the mechaber” (“author”) and Isserles as “the Rema”.

In communities where halakha (Jewish law and custom) is held as normative (all the forms of Orthodoxy, Conservative Judaism, Trad-Egal communities, etc.), when a halakhic questions arises, rabbis often turn to the Shulchan Aruch as a starting point.

from a conversation about halakhah (Jewish law), someone stated “Oh I forgot that Shulchan Aruch doesn’t mean that much to you”

Should it? The Shulkhan Arukh, an important code of Jewish law written by Rabbi Yosef Karo, was never meant to be a binding code of Jewish law. It was always just a student abridgement of the real work of its author, the much larger Beit Yosef (Hebrew: בית יוסף‎) , which offered a much wider range of halakhic views on every subject.

Apologetics aside, no Jewish group today, even in Orthodoxy accepts the Shulchan Aruch’s decisions as fully authoritative. The moment it was published, other rabbis immediately began writing their own commentaries on it, making other rulings.

What is disappointing, is that they very same rabbis who claim that Shulchan Aruch is authoritative, are ignorant of history on this subject. After all, even the author, Yosef Karo himself, said not to ever do this. The Encyclopaedia Judaica notes:

Karo wrote the Shulchan Aruch in his old age, for the benefit of those who did not possess the education necessary to understand the Beth Yosef. The format of this work parallels that adopted by Jacob ben Asher in his Arba’ah Turim, but more concisely; without citing sources. …The author himself had no very high opinion of the work, remarking that he had written it chiefly for “young students” (Shulchan Aruch, Introduction). Karo never refers to it in his responsa, but always to the Beth Yosef. The Shulchan Aruch achieved its reputation and popularity not only against the wishes of the author, but, perhaps, through the very scholars who criticized it.

…The work of Rabbi Karo had already been opposed by several Sephardic contemporaries, Yom-Tov Zahalon, who designated the Shulchan Aruch as a book for “children and ignoramuses” (in his responsa, no. 67, beginning), and Jacob Castro, whose work Erekh ha-Shulchan consists of critical glosses to the Shulchan Aruch. Moses Isserles and Solomon Luria – the Maharshal, were Karo’s first important adversaries in Eastern,Europe.

Further in response to those who wished to force the rulings of the Shulchan Aruch upon those communities following Rambam, Rabbi Yosef himself Karo wrote:

It is true that in Orthodox Judaism, it is taught that the rabbis of our era may not dispute the rulings of rabbis of previous eras, unless they somehow find explicit support in the views of those same-said earlier rabbis.  Many Orthodox books recite this as a principle of faith, or historical fact.  Yet this is not a part of halakha itself.  The actual codes of Jewish law have quite the opposite viewpoint.

— [such a view] “inherently violates the precept of Hilkheta Ke-Vatra’ei, that is, the law is according to the later scholars. This rule dates from the Geonic period. It laid down that until the time of Rabbis Abbaye and Rava (4th century) the Halakha was to be decided according to the views of the earlier scholars, but from that time onward, the halakhic opinions of post-talmudic scholars would prevail over the contrary opinions of a previous generation. See Piskei Ha’Rosh, Bava Metzia 3:10, 4:21, Shabbat 23:1

Rabbi Chaim ben Bezalel, the Maharal’s elder brother, expressed concern that the publication of a binding code of law would, in the words of Professor David Ruderman of the University of Pennsylvania, “Arrest the elasticity of the tradition, diminish the importance of local customs and degrade the authority of individual rabbinic commentators.” (Jill Jacobs)

This, then, is the authentic, historical view of rabbinic Judaim. Halakhah, yes, But fossilizing halakhah in one code, from one man, forever, no:

“…however great the literary value of a code may be, it does not invest it with infallibility, nor does it exempt it from the student or the Rabbi who makes use of it from the duty of examining each paragraph on its own merits, and subjecting it to the same rules of interpretation that were always applied to Tradition”.

This traditional view, in fact, is the official view of Conservative/Masorti Judaism. 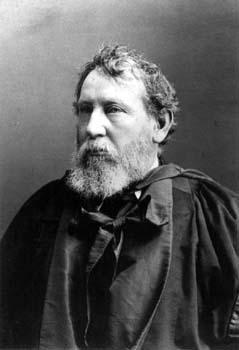